I write this having spent the morning either on-hold to, or being cut-off-mid-call to, a very large US medical insurance company. They claim that – “It isn’t just the health-care we provide. It’s how we provide it.” This would seem to set them apart from other providers; The enticing, warm, welcoming messaging on their website – which bears absolutely no relation to my personal experience of them as a customer.

A similar thing happened to me in 2004 when I was recruited to join Eurostar as their Head of Organisational Development. At the time, Eurostar’s brand ambassadors were John Malkowitch and Kylie Minogue. Sorry, John…but…Kylie Minogue! I thought all of my dreams had come true. I had visions of skipping through the streets of gay Paris, arms full of shopping bags, high on life and bumping into the Pop Princess herself. Not only that, the ads – and the way Kylie and Mr. Malkowitch spoke about Eurostar led me to believe I was joining a fast-paced, dynamic and modern travel brand.

And then on April 7th 2004 I entered through the doors of Eurostar HQ and despite a very lovely welcome by Stuart the receptionist-slash-security-guard, it felt like I had walked slap bang into a cultural brick wall. Everything from the flickering UV strip lighting, to the slightly stained carpet tiles, to the desks that looked like they had been repurposed from a 1970’s British Rail office in Newport Pagnell. Slowly over the weeks to come, it became clear that it wasn’t just the soft furnishings that were incongruent with the brand messaging – it was the way it felt; Like wading through treacle to get things done, and the downbeat way in which many employees talked about their jobs, their development, and their company.

I’m painting a glass-half-empty picture and perhaps using hyperbole to make a point. Nonetheless, I felt hoodwinked and I felt let down. Had I not been one of the people who had been recruited to help transform the brand [which we did], I would have likely left and found a place to work where the message matched the experience. After all, you don’t get a second chance to make a first impression.

I suspect my experience at Eurostar is not unique. For both employees and customers alike, the risk of attrition is high in those first few moments of interacting with any brand. In fact, I would go further to say that the risk is even higher with customers. An employee has likely gone through an interview process that started the process of establishing a psychological contract which probably deepened the further they got into the selection process.

But less so as a customer. Customers without a psychological contract and without loyalty tend to be even more discerning and particular than employees. They have a whole cacophony of choices where to spend their hard-earned money, and most people want to experience the story they’re being sold in every interaction they have, whether that interaction is with a product, a person, or an automated voice message.

We’ve all heard of the saying, “actions speak louder than words”. It’s a popular saying for a reason – because it’s true. Customers and employees alike will pay more attention to the impact a brand has on them than the intentions they share in the internal and external messaging.

Brands need to walk the walk, not just talk the talk which is why we work from the outside-in and the inside-out, under an umbrella approach we’ve coined as BrandCulture. This recognizes the two are inextricably linked and neither has more importance or prominence over the other. Like fighters in a ring, then need each other. Getting them to work together is the prize.

No one likes a catfish, except the catfish themselves. So don’t be one. The smart brands are the ones whose marketing folks work hand-in-hand with HR, Operations, Customer Services, Finance and so on to ensure once you look under the bonnet the customer experience matches the shiny exterior.

We not only have the experience but we also have the roadmap to help you show up congruently to your customers and your people. Get in touch for a chat. Previous Post (p) So… was this a reset for humanity??? 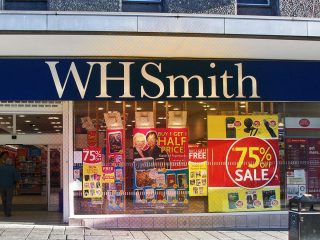