Back in March 2020 as the world went into lockdown I wrote a piece titled Is this a reset for humanity as I looked ahead to a post-pandemic world and, being the eternal optimist, considered that one big silver lining might be that we gained a new appreciation for the most basic moments of connection.

Three jabs and 2 bouts of Covid later… and as we’re slowly emerging into some semblance of normality (assuming we can escape the current threat of home-schooling!) I thought it would be interesting to revisit my predictions to consider how accurate they were.

Prediction 1: “The world is about to change in ways we can’t imagine”

So… I definitely scored some points with this one! Who would have bloody thought that sticking swabs up each nostril would become a regular habit, that we’d lock ourselves away for days because of a snotty nose and planning a party would involve the detailed development of a health and safety policy.

We have also adapted to a world where fundamentally we have no choice but to accept uncertainty – one where we can only prepare not plan – and where words like furlough, bubbles and tiers have become second nature. Not to mention the mask-wearing habit we’ve all seamlessly adopted.

Prediction 2: “The sense of community is absolutely unprecedented. Neighbourhoods are pulling together in a way we’ve never experienced.”

The street WhatsApp groups and the way everyone looked after each other during lock down was indeed heart-warming and that sense of community, clapping for the NHS, taking a knee for BLM… all felt great. However, something none of us would have predicted was how utterly polarising the last couple of years have been. Vaxxers vs anti-vaxxers, the blame culture, the supermarket hoarders, the judgemental neighbours (thanks government for encouraging that by the way!) and the over-zealous social distancing enforcers.

In many ways the pandemic has been a leveller; not discriminating against class or race, but it has shown the real differences between us and in doing so has certainly made us reassess relationships, friendships and living arrangements. A great surprise to me has been the amount of educated, smart people who have followed and defended all government instructions blindly. I hope it’s not too long before we return to a world where largely, common sense prevails.

Prediction 3: “We will appreciate the tiniest things”

Without a doubt, some daily norms became a luxury; being able to take your kids to school to name one, leaving the house for more than an hour and, of course, something I am rather partial to… socialising.

Anyone who knows me will be aware it’ll take more than a global pandemic to keep me down. From the first millisecond we were allowed to meet up, I slapped on a mask, found 5 other willing participants and got back out in the bars and restaurants of our beautiful city. Wrapped in 6 layers and battling the wind, we mastered how to order via QR codes and glide through the NHS check in. And boy was it worth it. Now I am back into the swing of it and have returned to my 2-3 nights a week out routine (Omnicrom, Schromnicom!) but I am still not taking ANY of it for granted. I find myself toasting several times through every meal and still bursting with over-excitement when someone pours me a good twinkle.

Prediction 4: “There will be some fundamental shifts in our society”

Well that might have just been the understatement of the year! No doubt one of the biggest positives has been the end of political apathy for many. The murder of George Floyd demonstrated that the public could no longer just accept the injustices that were taking place as we fought further acts of brutality and inequality from our homes. The last couple of years have been somewhat of a political whirlwind – the fall of Trump, the exposure of the deceit and incompetence of Boris & co and the real beginnings (just beginnings mind!) of a genuine shift in the quest for greater diversity and inclusion.

Prediction 5: “We should also come out of this time having achieved some personal growth”.

Anyone in the same place as me; overrun with people (especially small ones!) and high work demands, might have struggled to find time to wee, let alone learn another language; yet others enjoyed a sunny summer whilst being furloughed and Joe Wicks. Some people living alone had an incredibly tough time dealing with the struggles of isolation alone and I can imagine that learning a new language was the last thing on their minds. Either way, one silver lining I hope we all gained was that remote working has resulted in a seismic shift towards a commitment to improve the work-life balance and the sharing of our national stress means that people have been much more mindful of their mental health.

My own personal growth list included learning Italian and playing the piano. However.. perhaps due to a combination of home-schooling and somehow managing to double the size of Glow in 2021, I was kept pretty busy and failed miserably on this front. I did take up yoga and get back into running, but let me be clear… they were survival tactics in the face of an incredible amount of weekday, (and dare I say it… daytime!) drinking.

So was this a reset for humanity? Not quite ready to close the doors on Glow and become a futurologist or replace Mystic Meg but some accurate predictions here. Writing this I can’t help but reflect on what a massive journey we’ve been on and how delighted I am that nearly we’re on the other side of the mountain! 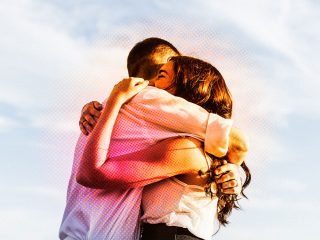 Previous Post (p) Why should your brand connect emotionally with your customers? 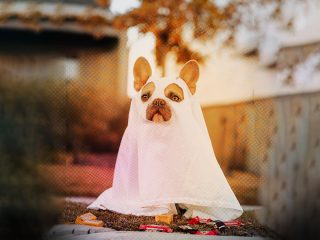 Next Post (n) Are you catfishing your customers and your people?
LET’S CHAT