Much has been written this past week, with equal amounts of alacrity and hilarity, criticising Mondelez’ new process and verb “Humaning”. It does seem, at first, to just be an exercise in reminding their marketing team about how to do their jobs properly.  Statements like this from their CMO have probably not helped:

“Humaning is a unique, consumer-centric approach to marketing that creates real, human connections with purpose, moving Mondelez International beyond cautious, data-driven tactics and uncovering what unites us all”. Martin Renaud – CMO Mondelez

“Surely that’s what we always do Martin?!!!” came the loud cry. The announcement has made them a sitting duck for the marketing community who is patting itself on the back feeling safe in the knowledge that they have always and everyday put their consumer at the heart of everything they do.

But wait a minute. Have they? And if that is the case, would an organisation as large as this need its noble leader to come out and make a point that they need brand-up what should be implicit in the everyday process of marketing?

Many of us at Glow London have been in those huge behemoth organisations; one of us is even ex-Mondelez, and know and feel the gargantuan task it can be to get the consumer on the agenda.  Meetings in the normal flow of business tend to prioritise the rational and measurable rather than the insightful and emotional.  It’s just more comfortable to talk “head brains” rather than “heart and stomach brains”, even though we all know that science has now proved that those are the brains that drive sales, profits and long-term shareholder value.

In our collective experience as the marketing lead in a large organisation, the CEO often puts marketing last on the agenda. Let’s talk monthly sales figures and strategy, then let’s talk production performance, followed by the combined financial performance impact of a combination of the last two.  Then let’s talk people performance.  Let’s talk R&D pipeline. And then, despite having been up until 2am the night before, trying to ideate a more rational, more numbers-driven way to explain to the suits the importance of understanding and unlocking a deep emotional connection with our customers, we find ourselves bumped from the agenda at the last minute, and asked to share our strategy about how we are connecting with people’s feelings and emotions, with their humanity, in a paragraph over a cold email.  This is despite the fact these core insights are the very reason we are able to unlock growth for the brand and business.

The irony is that, whilst doing all that back patting, these critics are not showing much human empathy themselves.  Bringing brave, courageous, emotional ideas that will connect with consumers to the coalface of the board is effing hard.

During the development of Cadbury’s 2012 Olympics campaign, it was only when I asked the board to take the time to get out of their suits and reconnect with how it felt to play games as a child, did they understand how playing games unlocks joy, and why we were positioning it at the heart of the brand and the campaign.   Emotions like that drive loyalty beyond reason, which drive profit, which make shareholders happy. It’s not just colouring in!

So… whilst we agree that we don’t want to add anymore words to the marketing bingo that can make us the butt of the sales team’s jokes, we do applaud the bravery of Mondelez spending effort on driving the importance of the connection between their external brand ambition and the DNA of their cultural brand.  They probably anticipated they might cop a load of flack, which actually makes them even more courageous in our book.  They now have something that is memorable, standout and gives their internal audience a clear direction to focus on; something that might just help their marketing team be released from that 2am head scratching, as they ponder how to inject some magic into the rational logic of the boardroom and that gives them a clearer directive on how to connect their brands better to their humans.  This we are sure, can only be a good thing.  So therefore, here at Glow London, we are not joining the swathe of our industry’s negativity but rather saluting the bravery and giving the intention behind Humaning a big thumbs up. 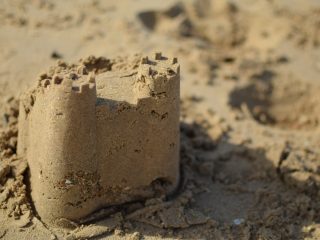 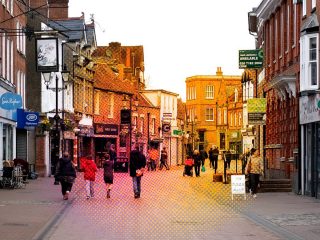 Next Post (n) Legacy Brands - how can we help?
LET’S CHAT