Lately I have been doing a lot of talking about the need for everyone to #slowthefuckdown. And the reason I say that with a hashtag is not because I’m trying to be down with the kids, but because I used that in a LinkedIn post from an ICU bed in NYC back in May, sharing the news of the terrifying ordeal I had experienced with a cardiac arrest and encouraging others to jump off the relentless hamster wheel of life we all seem to find ourselves in and focus more on their health so they don’t end up in the same place.

It’s clear that there is a real need for change – the fact that that post pretty much broke LinkedIn is evidence that so many people recognised themselves in my description of an overstretched, stressed-out, mum of 4, spinning the plates of life and paying attention to everyone else’s needs but my own.

And as my time is increasingly spent helping our clients define the right BrandCulture and ensuring their teams are experiencing the right climate to drive performance, I keep getting asked how we can both motivate our teams to succeed whilst ensuring they are looking after themselves.

I remember in my early years as a leader thinking I had to be the hardest working, the cleverest, first in last out, that “leading by example” meant burning the candle, pushing myself as hard as I can to instill a “work hard play hard” ethic in the team. I have to admit I cringe when I think about the times I used to shame those who chose to opt for an “early” night by sloping off to bed at 2am after an awards dinner. Everyone knew the expectation would be to hang with me at the bar until 5am and then be back in the office at 830 sharp or risk a chastisement from the boss.

The single, up-for-it ones in the team were always the ones who could hack the pace yet it didn’t occur to me that the parents who were merely over-excited by the prospect of an undisturbed night’s sleep, or those who didn’t really drink, deserved much more respect than my shaming!

When it comes to leadership the clue is in the title… you are a leader not a do-er and the best leaders are those who focus on creating the right conditions for the teams to flourish, not the ones who either want to do it all themselves or simply build a team of disciples who mirror themselves.

From a STFD perspective, this means making the right choices that inspire your team to also make the right choices. Taking time out of your work day to exercise and being overt about it, letting people know when you’ve knocked off early to pick up the kids or attend a concert. And.. for me this is the most important one… being open and vulnerable about your own struggles.

As Brene Brown has been telling us for years, there is much power in vulnerability, and leaders who are open and share their own struggles; whether it be about their mental health or the juggling of their demands outside of work, will not only encourage others to do the same but will create a culture of safety and authenticity.

In terms of playing conditions, the leaders are the ones who will set the rhythms and rituals which can either be inclusive and considerate, or not. It is them who will set the scene to ensure working parents don’t feel marginalised by regular 8am meetings or them and others don’t feel pressured by the expectations of a drinking culture.

One of the biggest messages that we can give people is to pay attention to what both their bodies and minds are telling them and not to ignore the signs that are telling us we need to STFD.

From an organisational point of view, this means not just talking about it but taking affirmative action to encourage people to take their health seriously and making sure you have the brilliant basics in place.

In terms of physical health, that means not just providing either discounted or free gym memberships, but also allowing for time out of the office to exercise, giving access to cycle schemes and showers in the office, ensuring there’s water filters or encouraging people to keep hydrated when working from home. And there’s more… partnerships with healthy meal providers (like Hello Fresh), reminding everyone to get regular health checks, being vigilant with smear tests, mammograms and where private medical is part of the remuneration utilising BUPA health checks.

In terms of mental health, it’s vital that the team know where to go to and who to talk to when they’re struggling. Mental health or personal days, are great but when the workload is overwhelming they can just add to the stress. What’s needed is provide an ongoing narrative of helpful content and practical help in terms of access to occupational therapy as well as the space, the narrative and the psychological safety to be able to ask for help without fear or judgement.

Generally marketers obsess about communicating externally but anyone who has followed my narrative before will know that at Glow, we’re as obsessed about internal communication.

If we are to genuinely want our people to STFD, we need to continuously communicate the need for the team to prioritise their own physical and mental health, over work pressures, ensuring that there is an open and two-way dialogue that creates a continuous loop of improvement.

Combining all of these elements means ensuring the leaders are front and centre of this – so it’s not seen as another tick-boxing HR initiative. The team will need to see that the supportive initiatives, flexible working and desire for an open and authentic culture genuinely comes from the top.

Finally, if anyone is reading this and thinking “Actually, my problem is I need my team to STFU (Speed the fuck up!)” then please know, that all these recommendations will achieve just that. There’s tonnes of data that proves a healthy workforce and one where they feel their well-being is genuinely being taken seriously, will be happier, more productive, more loyal and help you actually achieve more. 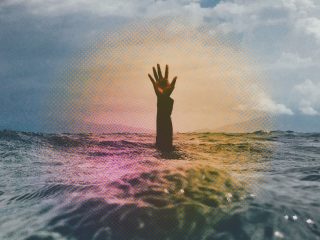 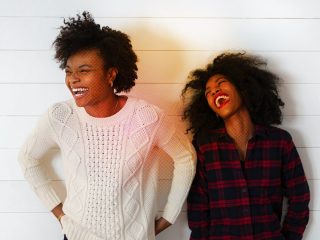 Next Post (n) Why we love B2B
LET’S CHAT