When people say they love change I don’t believe them. Well, actually, I believe them with some scepticism because I think they’re talking about specific types of change, that is change they instigate. Change that we initiate, that we are in control of, and that we can manage is the kind of change that many people love, but change that is done-to us, that we have little-to-no say over, that we are not in control of is fundamentally destabilising and can be the cause of fear, uncertainty, or doubt.

If you have ever managed a desk move you’ve likely quickly realised what can happen when you tell someone they’re losing their window seat. Extrapolate that out into significant structural, procedural, or cultural change programs and it is easy to see why things can quickly go wrong.

I agree with Glow Chief, Emma Harris when she spoke about change management being BAU. We can’t get away from it. In today’s culture of immediacy, if you’re brand isn’t changing then you’re being left behind. But it isn’t the change that you have to worry about, it’s the emotional and psychological transition that people will inevitably go through as a result of the changes that they didn’t choose.

Advances in neuroscience have shown us that the not-instigated-by-us type of change fires up the same centres of the brain that light-up when we are in physical pain. This type of change is, quite literally, painful. It’s no wonder why we do whatever we can to resist it. We don’t like pain and we’ll go to extraordinary measures to avoid it.

And, in the words of Don Wilson, a participant in a leadership training I ran in 2018 in San Francisco, “I know one thing about change and that is resistance to change can turn a good thing into a bad thing”. Well said, Don. This isn’t new, people way more clever than me have talked about and written about these topics.

In 1969 Elisabeth Kübler-Ross wrote a groundbreaking book cheerily called, ‘On Death and Dying’ in which she described the 5 stages of grief encountered by terminally ill patients. Her theories were quickly evolved to include any degree of personal loss, not just death, including the end of relationships, loss of job, and even small everyday personal losses not instigated by the individual. Her work has been used time and again in the business world to chart the course of employees’ engagement and performance in times of change while providing managers with some clues to action they can take to help people through the transition.

Needless to say that the introduction of all and any change to the status quo that is not instigated by oneself will trigger an emotional journey. This emotional journey goes something like this…

These steps might happen sequentially, simultaneously, or they may even occur in some weird random order, but they will happen. There is nothing that anyone can do to stop these steps from happening. Therefore the job of the leader[s] of any organisation instigating the change is not to manage it per se, but rather to smooth the emotional and psychological transition by taking account of the Nah-OMG!!-WTF?-Okay response through the careful construction of some transition programming. Well placed, thoughtfully thought-through employee experience activities that will smooth the emotional bumps and melt the psychological barriers.

How? Here’s the annoying answer, “It depends”.

So, yes, change is BAU; it’s necessary to ensure your brand establishes, maintains, and grows its position and reputation. The way in which you manage the transition will hold you back or it will accelerate your plans. With some careful thought and expert transition planning you will have a seriously slick and humming culture ready to flex and adapt to anything. 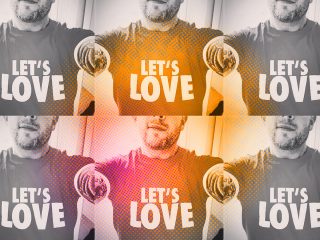 Previous Post (p) A love letter from HR to Marketing 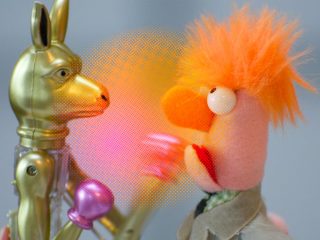 Next Post (n) Brand & Culture - who eats who for breakfast?
LET’S CHAT